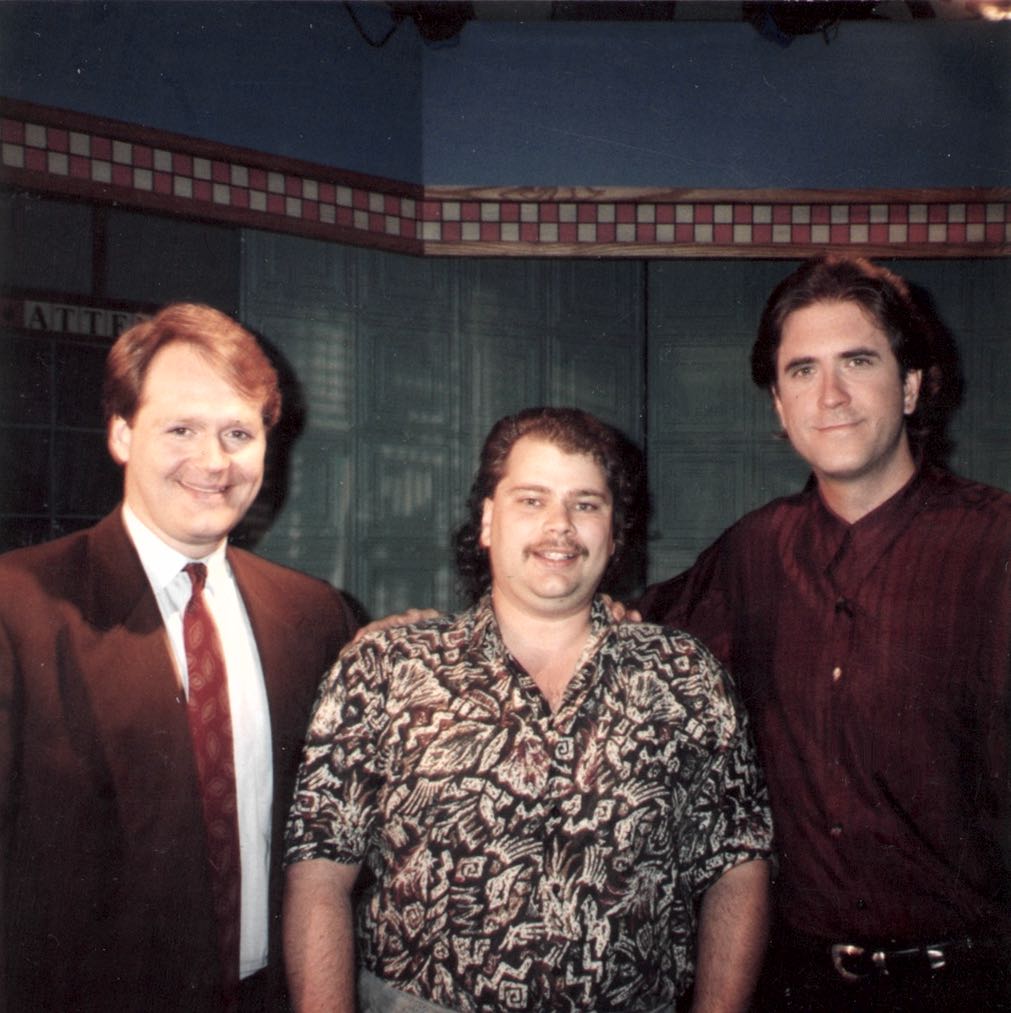 The Day I met Allan Havey and Nick Bakay

In the Summer of 1991, I was working for a small software company and was going to New York City for a computer convention. This would be a perfect time to try to be an Audience of One on my favorite show “Night After Night with Allan Havey.” So I called the number on my screen and luckily there was a date open during the time I was going to be in NYC.

Sometimes the Audience of One was funny and sometimes they were horrible. I mean here’s your chance to be on a few minutes of a basic cable television show – why not make the best of it! Now I knew my time was brief so I had to come up with a way to get more airtime. I thought I could joke around a little bit but probably not enough to make an impression. Until, I thought that if I had all of my friends and relatives fax me instead of Allan on the show, maybe he would read the faxes and I would get more airtime. Well, it worked.

During the first commercial, Allan looked to the fax machine and saw that there were a lot of pages. He was on vacation for a week and must have thought that a lot of people had faxed him while he was gone. Well, he started reading them and got a funny look on his face. He looked over at me and immediately understood what I had done. Everyone from my cousins Karen, Judy, and Donna, and my friends Chad, Kim, Steve, Linda, and Debbie had sent faxes to me instead of Allan. Nick didn’t even know what was happening.

On air, Allan read my faxes during two segments as the faxes continued to pour in. It was pretty funny. I think everyone appreciated my idea but they never repeated the show, probably because they didn’t want others to do the same thing (and also because the main guest was BORING!). A picture I took of the Night After Night set.

Allan Havey has always been one of my favorite comedians. From the first time I saw him on HBO’s Young Comedians Special to watching almost every episode of Night After Night. My night on the show was a blast and Allan and Nick made me feel at home.

A few years later, Allan appeared in Rochester, NY for a weekend of shows. It was the middle of winter and the day after a huge blizzard. Allan arrived in Rochester by train and was visibly and audibly sick. He performed Thursday night to a handful of people (including a couple of Audience of Ones). Although sick, he put on a funny show. I was able to say hello and I was able to hang out with him for a while. He was great to talk to and although he didn’t remember my name, he remembered me as an Audience of One. After his Saturday night show, a few of us took him to Pooch’s Pub for a few beers and then ended the night with a Garbage Plate at Nick Tahoe’s.

Thanks, Allan for a lot of laughs!